I bought a cheap PS2 clone controller in the market which had a USB connector only, apparently no Bluetooth, and I wanted to check if it was working (i.e. did all of the buttons function as they should).

Upon plugging it in, Windows 7 installed some drivers automatically, and in Device Manager, the controller showed up as HID compliant game controller:

However, I still needed a test application, to verify that the controller was working.

The first link was How to connect a Playstation controller to your Windows PC, useful because it pointed out Better_DS3. It also mentioned MotionInJoy (MIJ), but also stated that it is riddled with ads. This article, How to Make a Sony PS3 Sixaxis Controller Work with Windows 7, also states that it is a bit of a nightmare:

Editor’s Note: Download MotionInJoy at your own risk. Many users have had positive experiences with this product, while some report that it caused problems on their machine. It can reportedly also be very difficult to remove. We have left this article up for those that would like to continue with the process of downloading the tool.

Then How to use PS3 Controller on Windows 7 and Windows 8 – but requires nondescript drivers, so I ignored it also, as they point to MIJ links.

Okay, f*** MotionInJoy. It’s practically a trojan (even though it might not always do stupid things apparently). It’s ugly as sin, it’s difficult to understand and navigate at first and it won’t work for everyone. Also, ads.

it also pointed to SCP-DS3,

GETTING YOUR PS3 CONTROLLER TO RUN ON A WINDOWS COMPUTER IN TWO MINUTES WITHOUT MOTIONINJOY:

1: Download the official drivers for the Xbox 360 controller from Microsoft’s site. I use the 64 bit version, but you should choose the appropriate Windows version here: DOWNLOAD

3: Plug in your PS3 controller with USB. Also plug in your bluetooth dongle if you want to use that (and install the drivers if you haven’t already).

5: Unpack the file and run the ScpDriver.exe file from the ScpServer\bin folder.

8: Run whatever game that supports the 360 controller. The PS3 controller will automatically pair with your bluetooth hardware if it’s connected to USB while the program is running.

Thanks to user Scarlet.Crush over at the PCSX2 forums for this wonderful fix!

as this comment #103 mentioning this link, XInput Wrapper for DS3 and Play.com USB Dual DS2 Controller. However, the SCP-DS3 driver does appear to be for Bluetooth, which is not what I am after.

This Reddit thread,  PS3 controller on win10, also mentioned the SCP-DS3 driver, and the video

I seems as if there are a few options available but some are for Bluetooth, which I don’t require:

The main UI of BetterDS3 did not seem to recognise the PS2 controller.

However, clicking on the Control Panel button,

and then the Properties button, gave a useful interface which shows which buttons are being pressed.

While some of the buttons worked as expected:

some buttons did not:

Now this may be due to the controller being a bit old, or the lack of  proper drivers (the MIJ?) drivers. Further investigation is required.

I came back from the market with a NuBwo controller 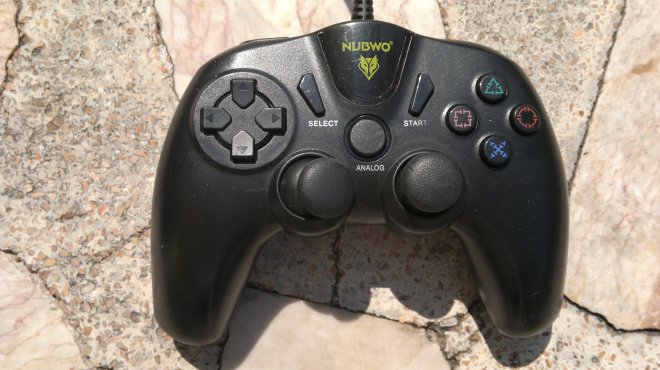 and a Logitech F310 controller 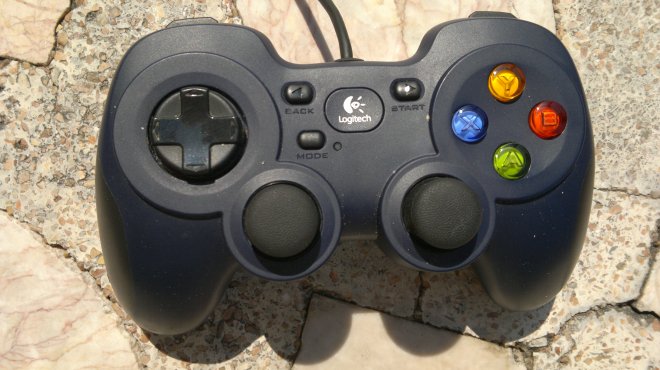 The Logitech required a  driver, from the F310 support/download page.

The NuBwo game pad did not require a driver and worked straightaway.

The correct association of the gamepad buttons and the LEDs in the Properties dialog is as follows:

If the Analog button on the NuBwo gamepad is pressed then the Points of View Hat pane shows the left most thumb pad being used in a directional sense.