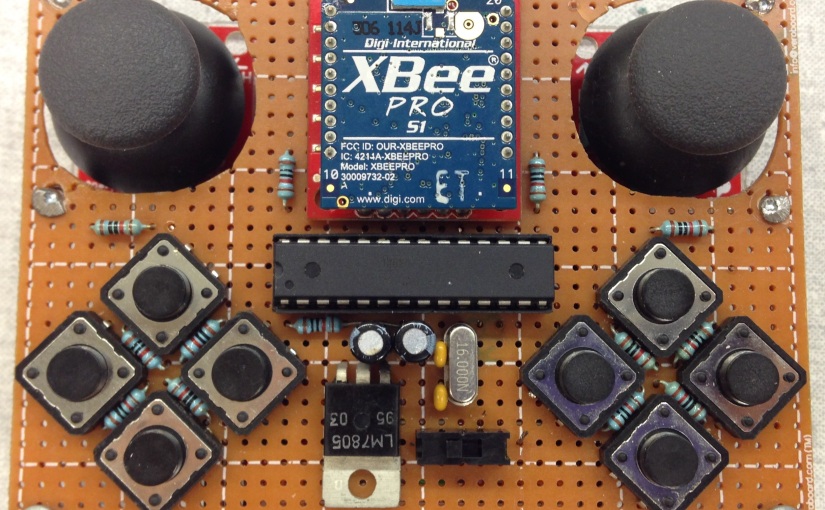 This blog will reiterate some of the points raised in my other XBee specific blogs, but this is written specially from the point of RC, and to a lesser extent, First Person Video [FPV] transmission. The other blogs of relevance are:

Many people think about employing XBees as RC controllers, or [FPV] video transmission, for a number of reasons:

XBees are not really suited for remote control, with respect to flying machines or anything that is terribly dependent upon speed of response. This is a shame as the XBee is a great device, but it has a number of downsides when it comes to rapid response applications:

These drawbacks may not be off such great importance for slow moving robots such as [non-racing] cars, quadrapods or hexabots. However, for flying vehicles, safety is a paramount concern and so the fastest response time is required, as well as a dependable communications link that is not going to drop at a random, inopportune moment, i.e. when your drone is over a road, a body of water, or someone’s head.

The reason is that the XBee was not designed for this sort of application, but rather for static mesh networks of sensors reporting upon environmental circumstance.

While it is feasible to build the controls aspect of an RC transmitter, see RC Transmitters – DIY – arduinorc, when it comes to the radio transmission side of things, it is far better, for UAVs, at least, to stick with branded RC transmitters, and their 2.4 GHz modules.

Regarding FPV transmission, the XBee 868/900 would be good for this purpose, and better than Series 1 and Series 2, but, again, the duty cycle would mean that you could only see 6 minutes of video. Also, it is questionable if the video quality would be sufficient.

Other relevant links, but not XBee specific,